ESQUE is the best, experts confirm

A LITTLE GEM OF A PROJECT - Judges

No wonder these Mosman residents are happy – they live in the finest medium-density apartment building in NSW.

The UDIA judges were lavish in their praise of the developer, HELM. “ESQUE is a little gem of a project,” they said. “It features only 29 apartments but demonstrates best practice in medium-density development.

“The building fits in beautifully with its neighbours and adds to the value of the streetscape. 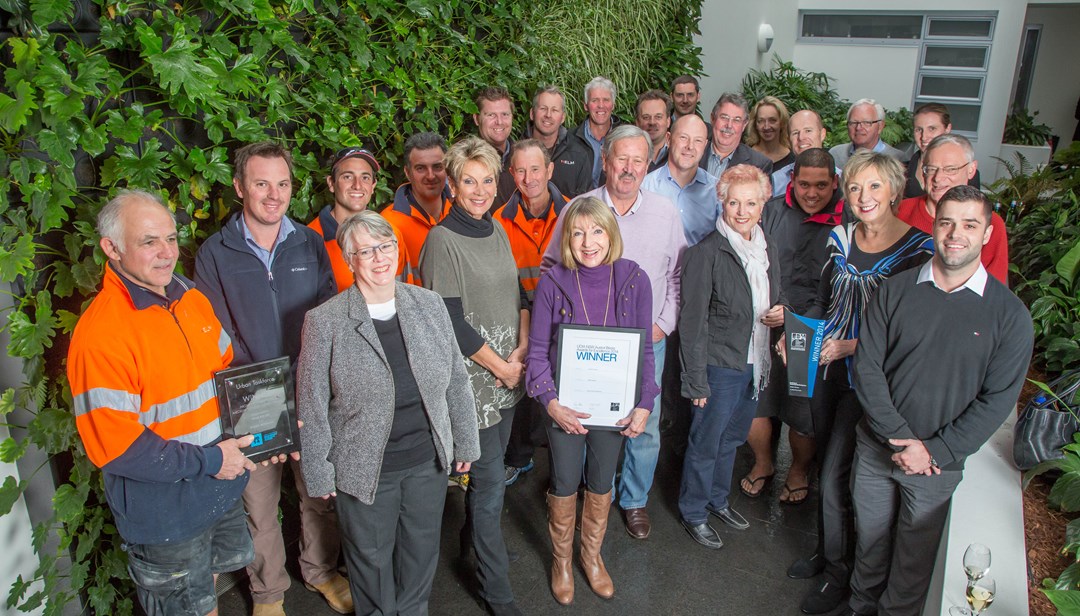 "In addition, the design of the ground-floor, street-frontage apartments activates the street and rear lane.

“The detailed design reflects an acute understanding of local market requirements. The communal spaces within the building are exceptional, featuring plenty of light and air, and are beautifully landscaped.

“Each of the apartments is well designed to optimise solar orientation and cross-flow ventilation. The apartments are also well equipped and the finishes have been chosen for longevity as well as looks.”

HELM’s team is widely regarded as developers and builders of distinction, having now won over 35 Awards, including the 2010 and 2014 Australian Apartment Project of the Year. HELM is one of very few developers who place greater emphasis on oversized two and three bedroom apartments for discerning owner occupiers rather than small units for investors.

The pet-friendly ESQUE proved an ideal way for long-term local residents of the Lower North Shore to escape the maintenance chores of a house yet still live in an area they love. The space, comfort and quality of the apartments pushed all the right buttons, tempting young professionals through to ‘empty nesters’ and ‘baby boomers’ to try strata living for the first time.

WHAT ESQUE RESIDENTS SAID ABOUT THE AWARDS

None of the ESQUE residents were surprised at the achievement; they all knew they lived in a very special development.

“This is a marvelous place to live,” said Dianne Malloch. “We downsized from a family home at Mosman and it’s been a pleasant change. Our neighbours are great fun and most are at a similar stage of their lives to that of my husband Jim and myself.

“We all have a lot of living to do, and being free from the cares of a large home allows this.”

ESQUE certainly appealed to owner-occupiers seeking greater freedom and the security of being able to lock-up-and-leave to go travelling.

Several of the owners had just returned from summer in Europe when news of the Awards’ wins filtered through. Enjoying a glass of champagne in the leafy ESQUE courtyard, they were full of praise for apartment living.

“We have formed a friendly community here and we enjoy our get-togethers,” said Wanda Magill. “The location is very convenient with great shopping, the Hayden Orpheum Picture Palace, services, facilities and transport virtually outside our front door.”

All residents praised HELM for their attention to detail and follow-up service.

“Shortly after we all moved in, HELM hosted a function at a local wine bar,” recalled Mrs Malloch.

“The purpose was for all purchasers to meet one another and create a sense of community. It really struck me as impressive that a development company was so confident in its product that it was prepared to be in the same room as their purchasers so soon after completion.

"HELM went one better though when Mark (HELM General Manager Mark Monk) rose to his feet and asked if any of us had any issues that needed sorting…. There was silence.

“I doubt there are many developers with such confidence of their convictions. Nothing is ever too much trouble for them.”

Helm's Reputation is everything 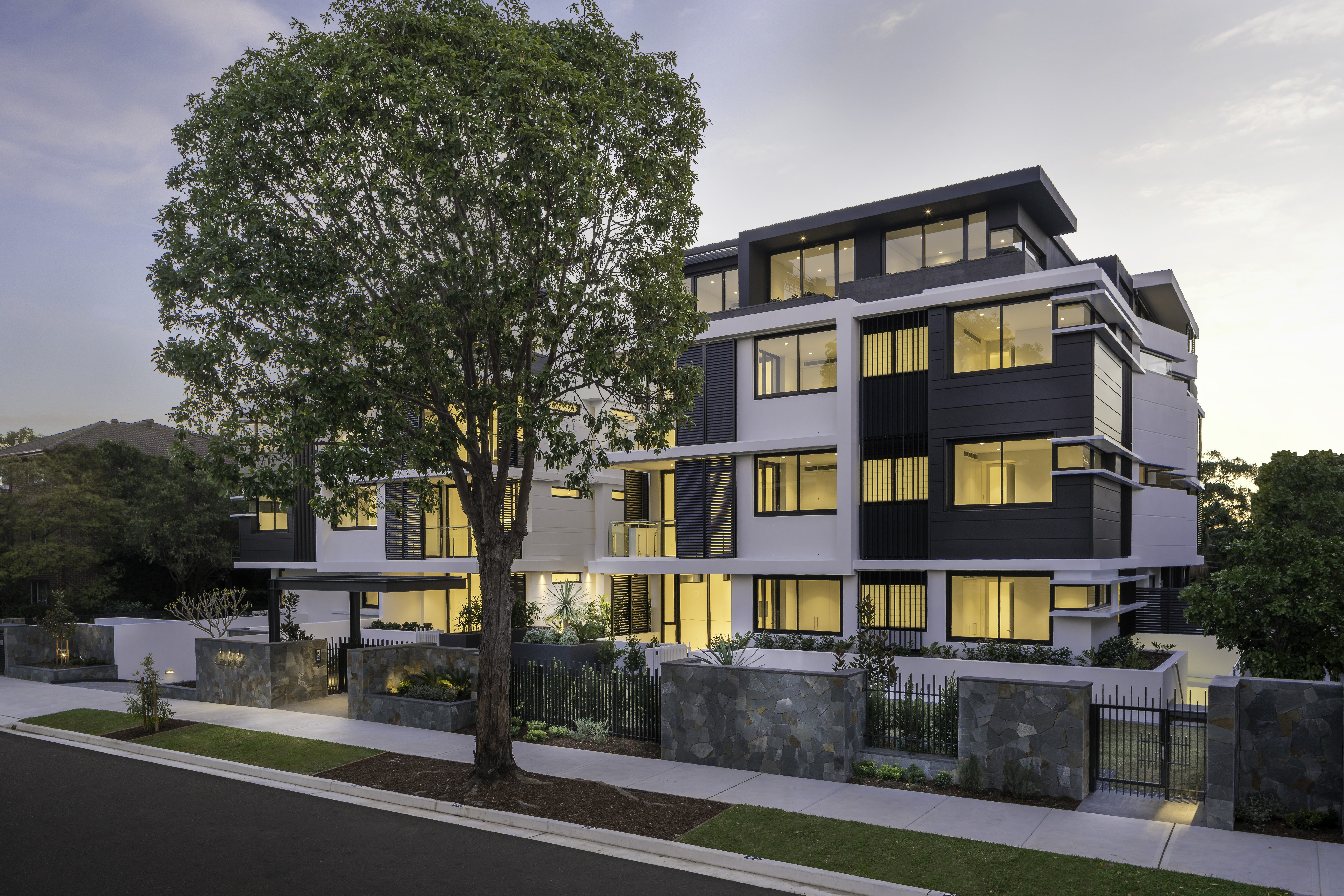 Last month HELM launched another quality apartment project at Cremorne, LAURIER, selling 16 of the 18 apartments on the first day.

Many of the buyers of the low-rise development at 36-42 Parraween Street came as a result of positive word-of-mouth.

It prompted one ESQUE resident, Judith Williams, to quip: “I’m going to ask HELM for my sales commission as one of my girlfriends bought in LAURIER after seeing how good my apartment is.”

“Our purchasers provide such heartfelt praise for our apartments and their new lifestyles that we don’t need to convince potential purchasers of our worth; it’s already a given.

“Having a good reputation is imperative for any business. Take the automotive industry as an example. When you are ready for a car of distinction there are a handful of brands you know always produce quality, reliability and performance.”

Apartments at LAURIER sold out within 3 weeks of the projects release.

Another beauty in the planning stage

HELM has just secured what it considers to be the premier apartment site on the Lower North Shore, where it will again showcase its design and development skills.

The yet unnamed development at Neutral Bay has been entrusted to the internationally-acclaimed architect Peter Conley, who also designed ESQUE and LAURIER.

HELM creates masterful residences that are specifically designed for discerning owner occupiers and their requirements. In addition, each apartment provides leading solar management principles, are energy and water efficient, cross-ventilated and which enhance the value of the neighbourhood through the architectural integrity and sophistication of the design.

“We concentrate on quality, not quantity, so before we commit to a project we are very careful to ensure it will meet the needs of our customers,” explained Mr Monk.

“This involves us assuming the role of potential purchasers and putting our plans to the test.”

The HELM team has significant experience knowing what the market wants, as the National and State Awards prove.

+ Location
Does it offer the lifestyle I’m seeking? Is it energising? Are there shops, facilities, parks and transport within an easy walk?

+ Design
Would I be proud to live here? Does it have the style, sophistication and longevity to warrant me purchasing?

+ Space
Are the apartments large enough to meet my lifestyle? Are there flexible accommodation options? Is there sufficient room to have friends and relatives stay over? Is there an excessive amount of storage?

“We spend the time to ensure each development not only meets buyers’ needs, it exceeds their expectations. 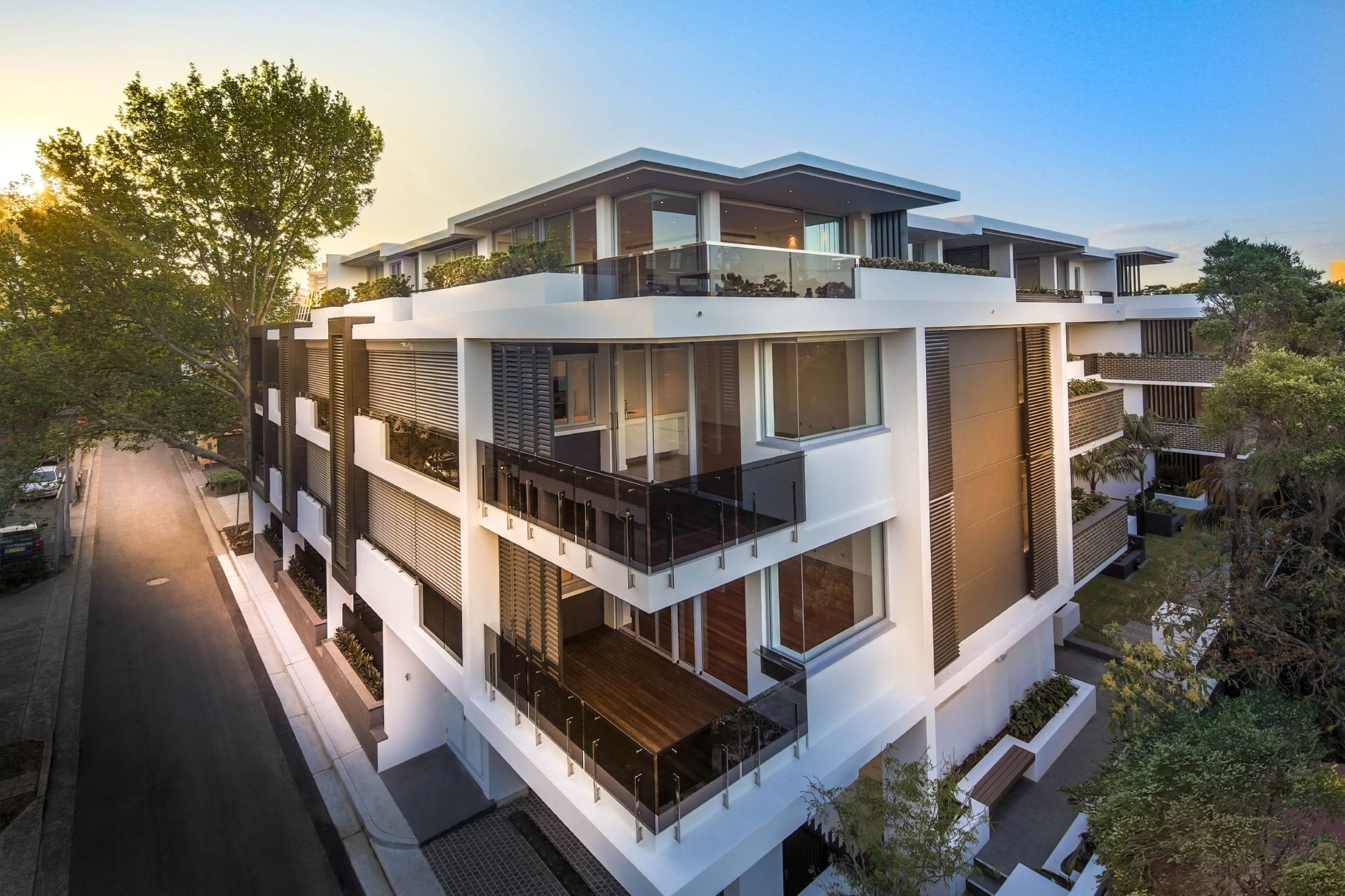 We have the added advantage of constructing our own projects, which enables us to guarantee the quality of each apartment,” Mr Monk said.